Birding from the comfort of home

The wreath hanging on our front door isn't really a Christmas wreath. Well, it did start out that way, but when Debbie was unable to find a spring wreath she liked, she hung a few spring-y accessories on it and decided to leave it up for a while. But I suspect a few people in the neighborhood wondered why the red-and-gold decoration was still up in May.
It's because we didn't have the heart to take it down after we discovered a bird nest full of eggs in late April.
The nest was constructed immediately next to the beveled glass in our door, giving us a, well, birds-eye view into it. And, of course, I couldn't resist hauling out the camera from time-to-time, much to the annoyance of the mother birdie.
A month to the day after the eggs hatched, introducing three new birds to the world, the nest was abandoned, the young ones having spread their wings and flown the coop. Here's a brief look at how it unfolded.
Disclaimer: I mentioned the beveled glass above. It presented some unavoidable photographic challenges, as did the extreme backlit conditions during daylight hours. I did the best I could with what I had.
April 18 - And so it begins
The momma bird was so skittish, this is the only photo I was able to get of her, shortly after she laid the eggs. 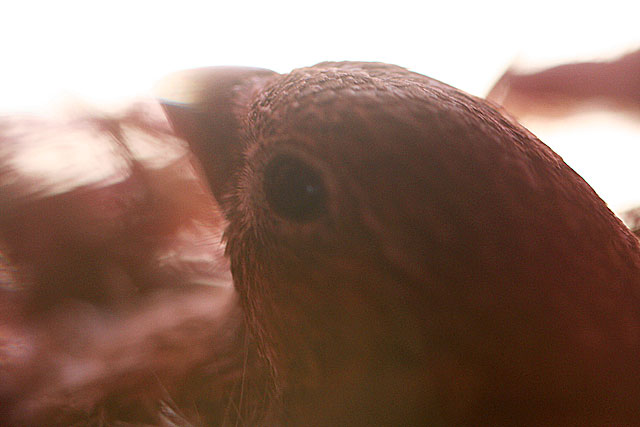 May 1 - The Hatching: A look only a mother could love. 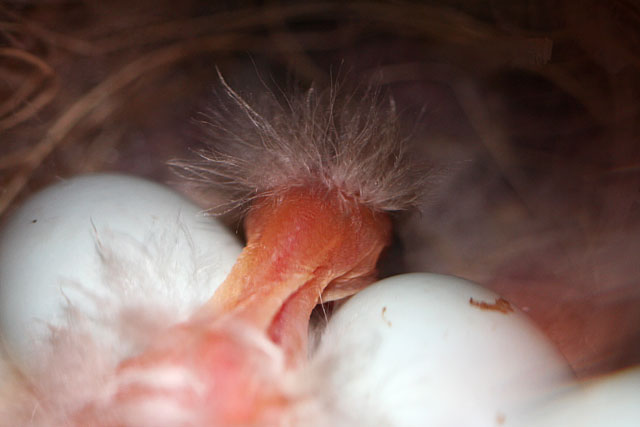 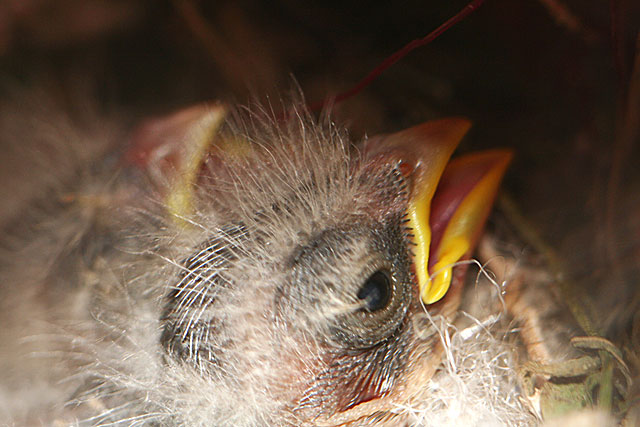 May 16 - Even pre-teen birds have attitudes 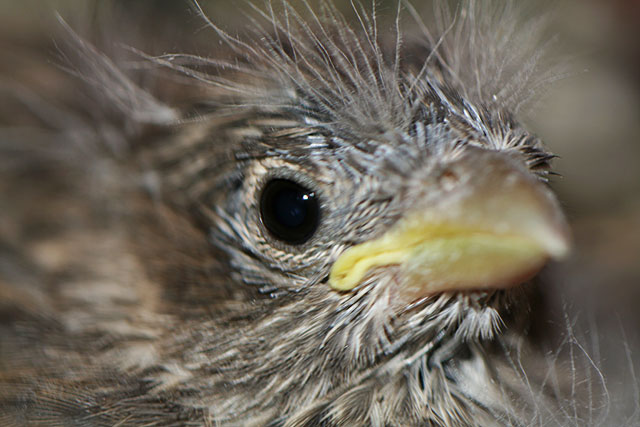 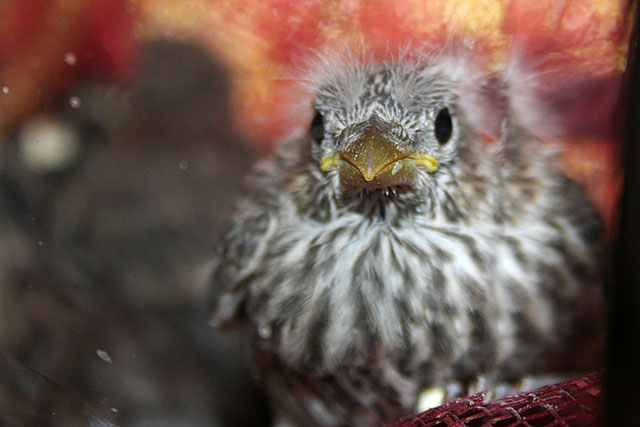 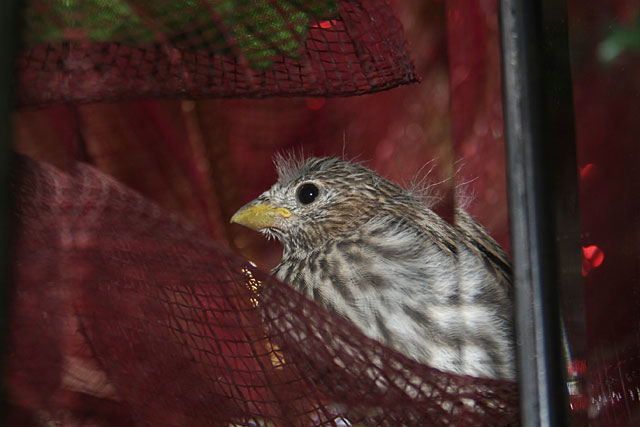 At this point, sensing that we wouldn't have the birds around much longer, I had the brilliant idea to mount my GoPro camera on the front door and take a series of photos. I put a strip of clear packing tape on the glass, and then stuck an adhesive GoPro mount onto the tape, reasoning that it would be easier to remove that way. I then assembled an articulating mount and set the camera to take a photo every 30 seconds. Here's what the rig looked like: 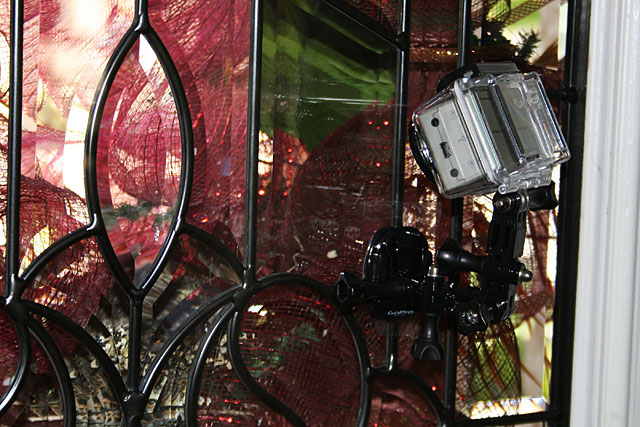 Good idea; poor execution. For one thing, I had waited two days too long to think of this. The birds were now too active and skittish and wouldn't stay in the nest. (Plus, one had already left the nest.) The GoPro also didn't handle the backlighting very well. Out of the 200 photos it took, here's one of the best. 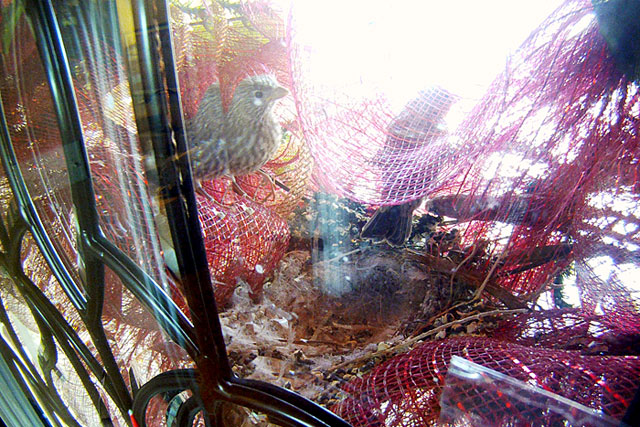 I might have been a bit late, but if I'd waited six hours longer, I'd have been too late. Both remaining birds had flown away, never to return, by evening.
I still have two more opportunities to be an annoying intruder, as we've discovered another nest - containing five eggs - in the palm tree at the corner of our front porch. We're also giving in for the first time and letting barn swallows build a nest in a fairly innocuous part of the front porch.
And speaking of good ideas poorly executed, never underestimate the sticking power of clear packing tape to clean glass.
Posted on May 19, 2013 2:15 PM | No Comments

Spring Vacation 2013: San Diego/Las Vegas was the previous entry in this blog.

The Midland County Courthouse and Illogical Architectural Sentimentality is the next entry in this blog.