Some random thoughts (hey, it's what we do) while contemplating what I'd do with an electric car that generates more torque than an M1 Abrams tank (well, other than pulling my house - slab and all - to the vacant lot across the street that has a better view of the pond). 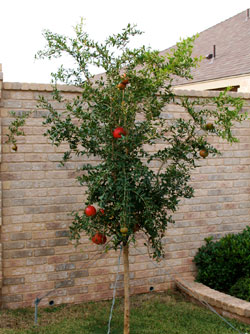 Eric, talking about rocket fuel, I hear yesterday you can use hydrogen peroxide to make a bomb and then some one sent me a e-mail with all the things you can use it for instead of bleach. Not toxic but antiseptic. BTW, have you read The Big Rich by Bryan Burrough? It's about the rise and fall of the greatest Texas oil fortunes. Covers the time from Spindletop on. Some reading.

Hydrogen peroxide apparently is a chemical jack-of-all-trades. It's also the active ingredient in most of those teeth whitening strips.

I haven't read that book. Sounds interesting; I'll have to check to see if it's available for the Kindle. Thanks for the tip!

Plucking Pomegranates was the previous entry in this blog.

"A modern spiritual" is the next entry in this blog.