I spotted a bird of a type I hadn't previously seen wading in the stream between the two ponds this morning. I took a couple dozen photos and shipped a few off to our resident wildlife expert, Burr Williams, who identified the bird as a green heron. He said they reside year-around in certain parts of our county, but he admitted that he'd never seen one with its crest raised, as shown in the second photo.

Is it just me, or does this bird with its raised crest have a faint resemblance to a roadrunner? If you didn't know better and just glanced at these two photos, you'd probably think they are pictures of two different species. 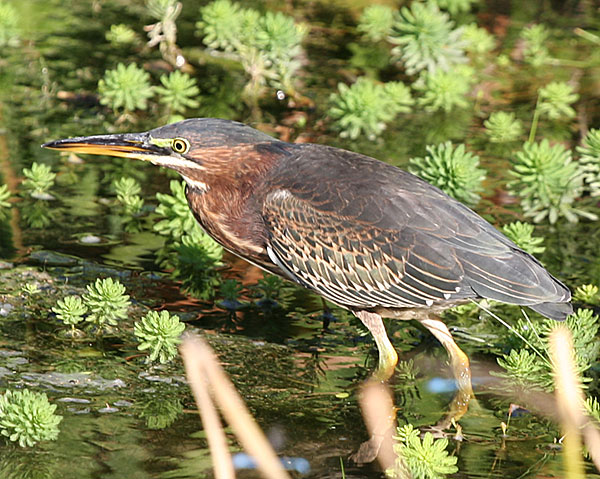 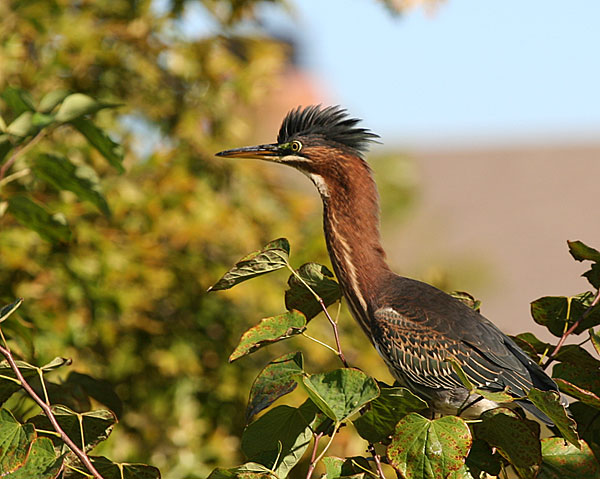 Good photos. Remind me to ask Burr why a "Green" Heron is brown.

I think it has to do with ripeness.

Or maybe that's bananas. I get 'em confused sometimes.

Wandering the Web was the previous entry in this blog.

Wandering the Web is the next entry in this blog.