Doing my part to ensure that you get your full daily 34-gigabyte serving of "information" (and in the process, setting a record for the loosest use of that term): 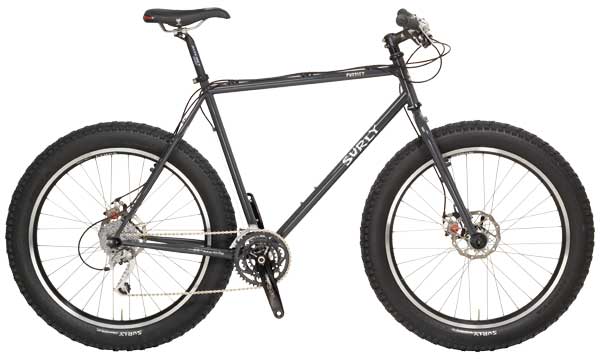 According to the review in the current issue of Mountain Bike Magazine (said review not available online), the tires - which, incidentally, cost more than $100 each - can be run at pressures as low as 6 psi, which makes them ideal for floating over the sandy conditions we have around here. The report doesn't say, however, how they'll stand up against mesquite thorns. The bike is described as being surprisingly nimble, despite its hefty appearance (think Warren Sapp on Dancing With The Stars).

So, where's the Gazette slice in that graphic? I wish I had photoshop. Then I would wish I knew how to use it. Then I would edit that pic.

Sorry, Jim. I don't think that even Photoshop is up to the task of visualizing the hipsterishness engendered by regular assimilation of Gazette content. You would need some truly ironic software, like, say, Notepad.

The hard cover thing annoys me. Though I haven't yet succumbed to digital...I'm thisclose. If Tim asks me one more time what I want for Christmas I may just reply "A Kindle" and be done with it. Still, I wish they'd get over it and just put paperbacks out at the same time as hard covers. Honestly I would probably end up buying more because the longer I have to wait on a title, the higher the likelihood that I'll forget that I wanted to read it altogether.

My wife has her nose buried in her Kindle (OK, once again the metaphor doesn't convert very well to digital!) almost constantly. I don't think she misses "real" books at all, and she goes to the library for those she does miss.

I enjoy my hand-me-down Kindle, too, but a lot of my reading is technical and the images don't translate very well. Really need a color model with hi-res screen.

But don't buy it for economic reasons. The books may be 1/3rd the price, but if you buy 3 times as many, there's no net savings! ;-)

New Gallery Images was the previous entry in this blog.

"Portraits of Power" is the next entry in this blog.