If you haven't checked recently, I've uploaded a few more images to the Fire Ant Gallery. Not all of them deal with dead rodents, so you've got that going for you. 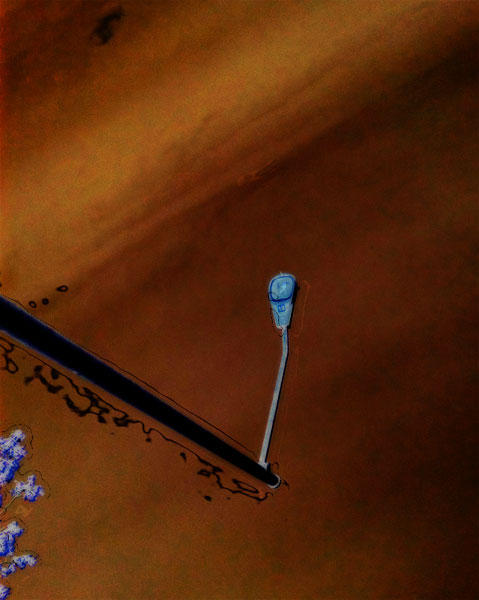 I started to write about our trip to Houston this week, but decided I'd rather post this instead.

Debbie found the skull of a mouse in our back yard at lunch today. We (OK, me) were fascinated by the juxtaposition of delicacy and implied evil.

If the preceding image is too, um, intense for you, perhaps one that has flowers in it will be more to your liking. (The mouse was non-committal.) 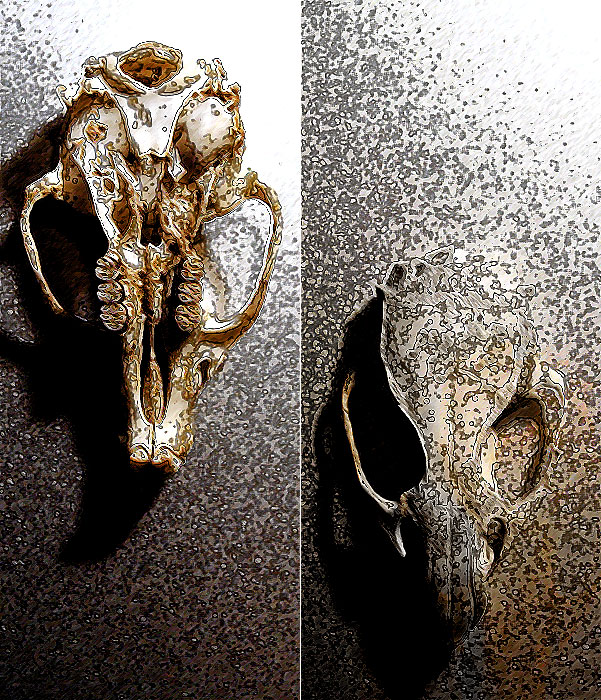 I look at the flowers on this lantana and think, "God, how do You do that?" 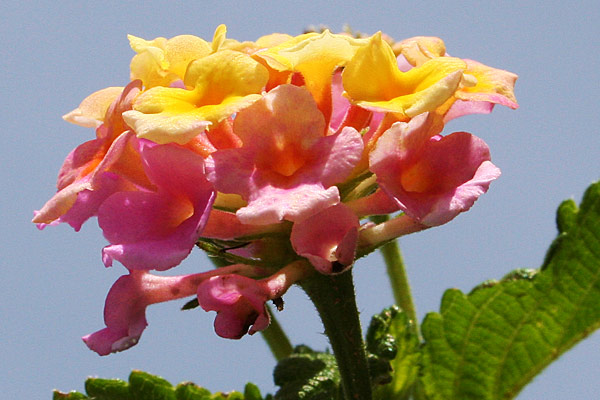 You don't have to be a fan of Justin Timberlake's music (I'm not, particularly) to get a kick out of the following video. It's enough to admire the combination of geekishness, musical talent, and arcane tonal implements. Oh, and cowbell. Be sure to stay with it until the keytar enters (around 4:25 or so).

Brett Domino (the head geek) will surely be an integral part of the Napoleon Dynamite sequel, if ever there is one.

Link via Geeks are Sexy

We were at the end of a post-dinner walk around the neighborhood and the sunset was striking. I had no camera other than my iPhone, but that seemed to work out pretty well. 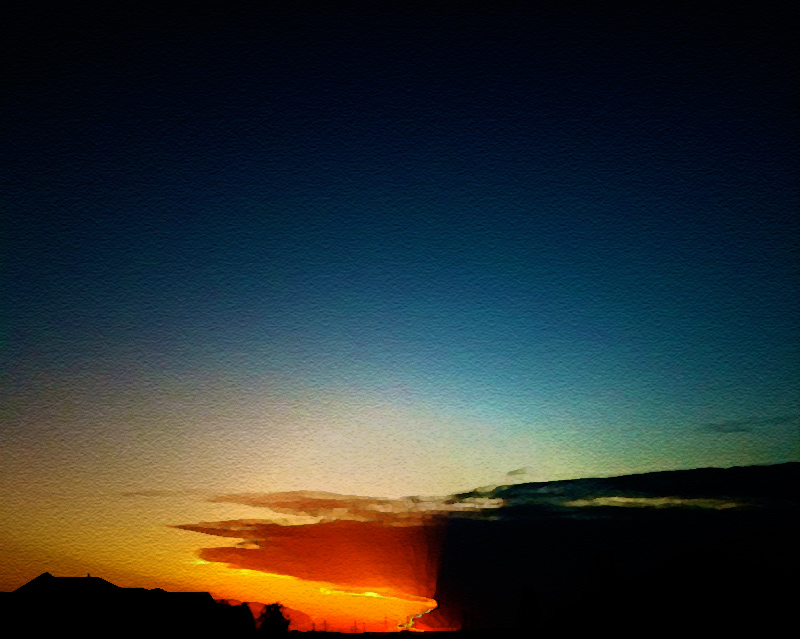 Here's a bigger version of the preceding image.

I dare you to watch this without grinning. Dogs are so cool...especially when they're playing in the snow! [Via Neatorama]

Cruising for a New Bike

I've recently developed a powerful lust for a so-called cruiser bike. I'm not sure if there's an official definition of the genre, but to me it's any bicycle that exhibits a combination of mechanical simplicity, out-of-the-ordinary styling, and an emphasis on comfort over speed. It's prettier than a commuter bike and less, um, focused than a mountain bike. A single-speed is desirable; fixed gear is negotiable.

Here are some potential candidates. 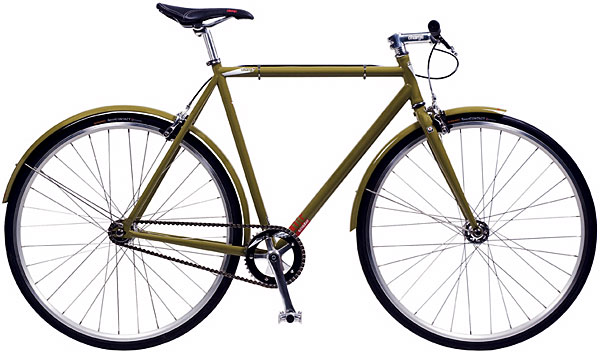 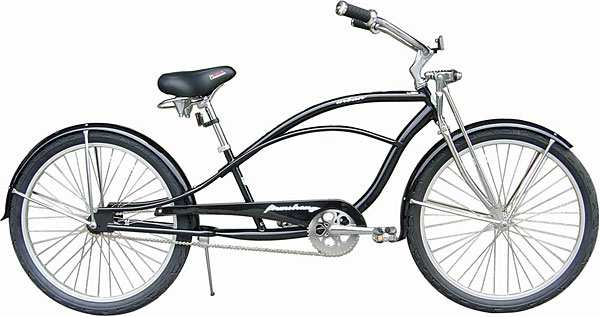 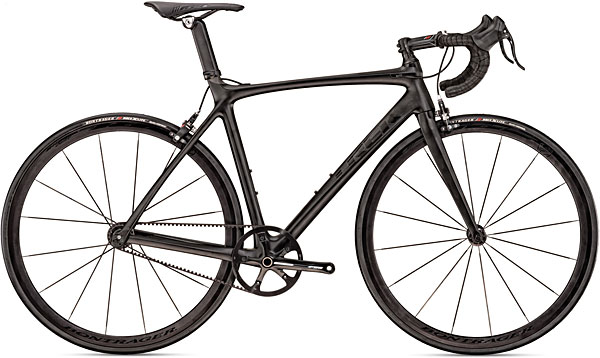 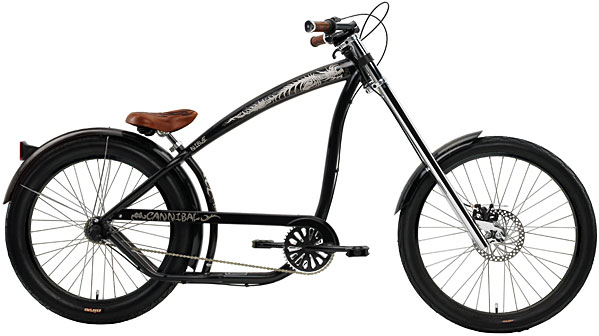 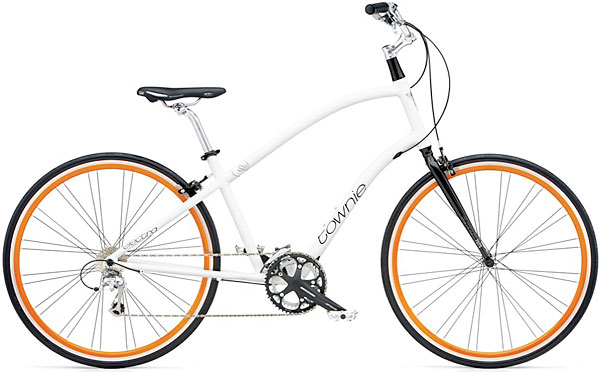 I'd love to have the Trek but $3500 is a steep price to pay just to make a statement that most people wouldn't understand anyway. The Cannibal might be a bit too radical, and I've already got one bike that's 10 feet long so the Delux is redundant. The Plug Grinder is too utilitarian in appearance, and the Townie is a cliché.

Maybe I'll just stick with my 20-year-old Red Shred after all.

The Texas Mountain Laurels are beautiful this spring. One of ours has been loaded with clusters of blooms that looked more like grapes than blossoms. They also smell like grape juice. I wish the flowers lasted longer. 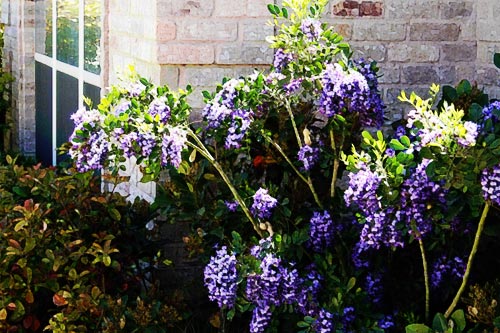 Here's a bigger version of the preceding image.

Apple announced its new MacBook Pro lineup today, meaning that I got to use the new computer for almost five days before it became obsolete.

OK, that's a little dramatic. In reality, Apple didn't do much to the 13" model (which is what I ordered) except improve battery life a smidgen and put in a slightly faster CPU. Neither of those things* tempt me to repeat the almost 12-hour ordeal of reconfiguring a new computer to fit my workflow.

Apple has a 14-day return policy so I could just send it back, wait a few days, and order a new one. Or I could whine to them and they'd probably let me replace it (lots of anecdotal evidence where that's been done before for customers purchasing computers just before the new models were introduced). But I knew I was risking this exact scenario when I ordered mine, and the fact is that I need it for an upcoming business trip. I can't afford to wait a week or two (at best, I figure) to get a replacement.

So, I'm going to simply enjoy my new computer and do my best not to be envious of anyone whose timing was better than mine.

Besides, the new models will probably prove to have a flaw that causes them to explode, and who wants to deal with that?

*I do wish I had the new multi-touch trackpad, although at this point I'm not exactly sure why.

Ever wonder what a pomegranate looks like in its very beginning? Well, wonder no more: 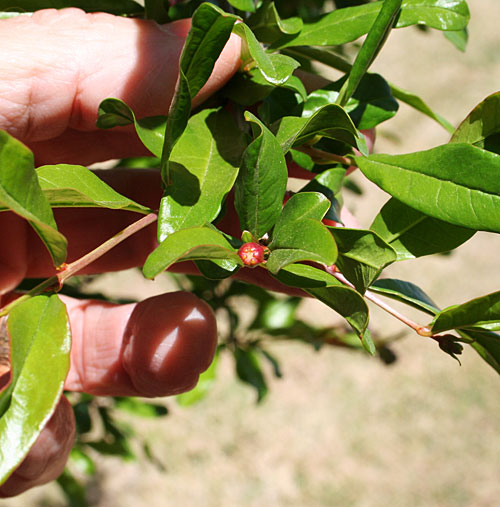 To get a sense of the scale, those are my fingers holding the branch.

This may be the first time I've referred to the iPad on the Gazette (OK, knowing how some of you are, I just confirmed this with a quick search), and I don't plan to do any additional blogging about it in the future, at least not until I get one and can then hold it out as clear evidence of my superior hipsterishness.

And even this post isn't so much about the iPad itself, as I haven't seen one in real life, much less tested one (although that hasn't stopped a disturbingly large number of people from expressing a disturbingly large amount of hate/revulsion/contempt for a small inanimate object and/or its manufacturer; really, people...Get. A. Life.). No, I simply want to point you to Seth Godin's musings about lessons other businesses, large and small, can learn from the launch of Apple's latest offering. He makes some great points about how businesses should think about their strategies and their customers. You don't have to work in the tech industry to benefit from his insights.

Consider this the equivalent of a "Please Do Not Disturb" sign, as the new A/V receiver showed up a day early and I can't be bothered with trivia such as clients or work.

Here's how you know that you're about to tackle a serious piece of electronic equipment: 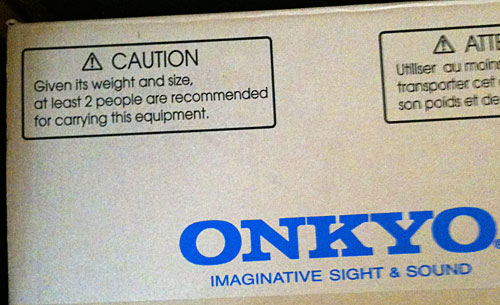 "At least 2 people"? Granted, it weighs forty pounds, but it sounds to me like somebody's got an overzealous legal department.

The really scary thing is that the owner's manual weighs almost as much as the receiver.

As I sat on the front porch yesterday afternoon reading a book and enjoying the nice weather, I was aurally accosted by a loud-mouthed intruder who was so enamored with his own voice, I suspect he'd make an excellent Senator.

Just kidding. Mockingbirds are too smart to run for public office; they're more like lobbyists. Anyway, if you don't have any of these birds in your neighborhood, you may enjoy hearing one show off.

Technical details: I recorded this on my iPhone, imported the recording into iTunes, then opened it in Adobe Soundbooth CS4 where I trimmed the beginning and ending, increased the loudness, and used the noise filter to remove the, um, noise caused by the breezy ambient conditions. The resulting recording is a pretty good showcase for the bird's vocal versatility.
2 Comments

I know that I previously reported that our Anti-Bunny/Tumbleweed gate was completed, and it was functional. But I still had some cosmetic details to work out, and I wasn't sure when I would get to them, or how successful I'd be, so I didn't say anything at the time. 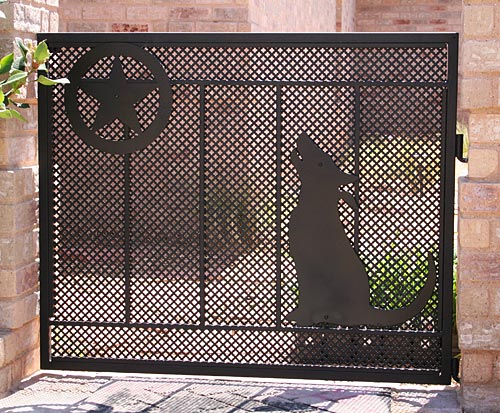 The little coyote was created by my brother years ago and it was hanging on a different gate at our old house. I wasn't sure I could "re-purpose" it for this gate because of the mounting mechanisms, but the carbide cutter on the trusty Dremel tool solved that problem.

We think he's quite dapper, howling at the Texas star. (The neighborhood coyotes apparently agree, as they've been more vocal than usual lately.)

March was a good month, business-wise, and so I'm splurging on a new A/V receiver. This definitely falls into the category of "luxury" but it will fill several "needs":

The biggest compromise I made with this selection is that Onkyo's receivers are "Sirius-ready" but not "XM-ready." But I don't have my XM base station connected in the house anyway, so I'm not anticipating that to be a great loss.

What I am simultaneously dreading/looking forward to is disconnecting everything from the old receiver and trying to get it all plugged into the right places on the new one. And, because of the "cascading upgrade" effect, I'll have to do this multiple times, as I move the old receiver into another room to replace and even older one, and move that even older one into a room without one at all.

This page is an archive of entries from April 2010 listed from newest to oldest.

March 2010 is the previous archive.