This evening I noticed some shallow disturbances at random between the flagstones on the east side of our back yard, as if something had been digging or scratching. I also heard some rustling noises around the mediterranean fan palm in that vicinity. This looks like a pretty good place for something to hide, doesn't it? 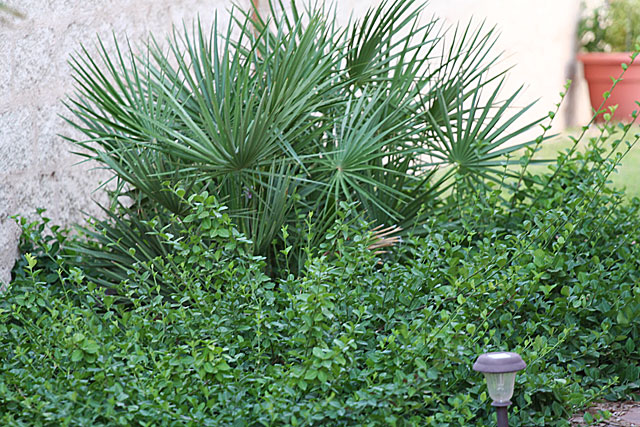 I decided to do a little investigative photojournalism, so I grabbed my camera and a long lens and went snooping. Here's what I found hiding in the middle of that shrubbery. 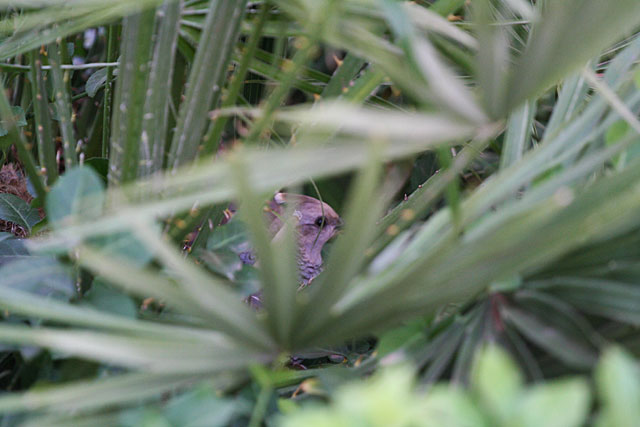 OK, so it wasn't a catamount or a lemur, things that would have generated a bit more excitement. But can you identify the type of bird? 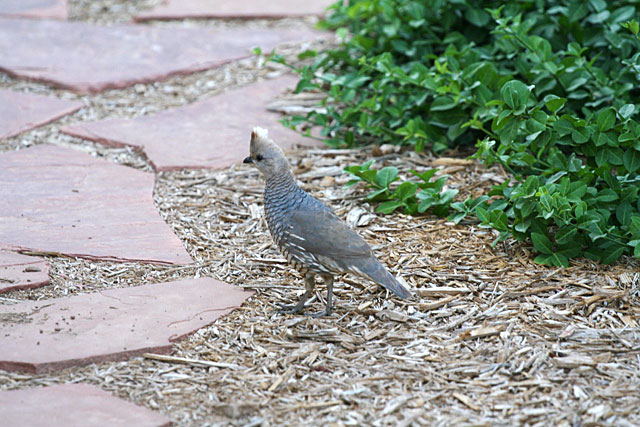 It's a scaled quail, aka blue quail, and there were two of them under the tree. Shortly after this one ran out - in an apparent attempt to lure me after it and away from their nesting spot - another one sprang from the brush. (If you don't have quail where you live, be sure to listen to the bird's calls on this page.) 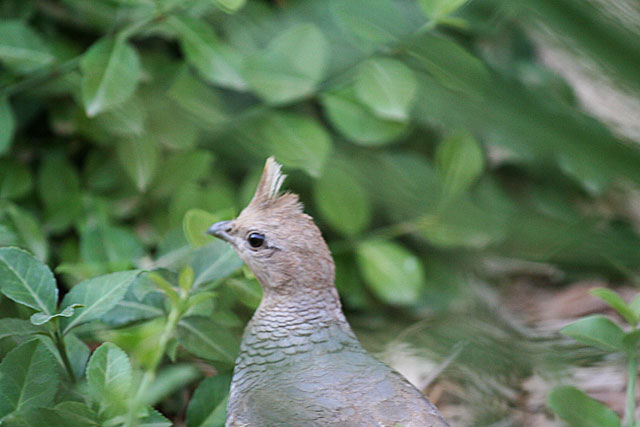 I'm guessing the second bird is the female, and she was protecting something until the suspense became unbearable and she decided to flee. Sure enough, when I looked closer, I saw at least two baby quail disappear into the ground cover, too quickly to photo (and I wasn't crass enough to paw around trying to flush them).
The female didn't go far; she was determined to keep an eye on me. 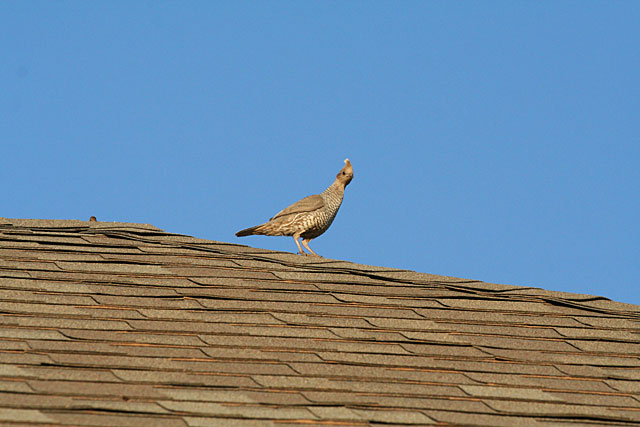 The neighbors' roofline made a perfect lookout spot, close enough to see what I was up to, but not within reach.
I decided to wait her out, and hid behind the wall next to the palm tree. Pretty soon, curiosity got the best of her. 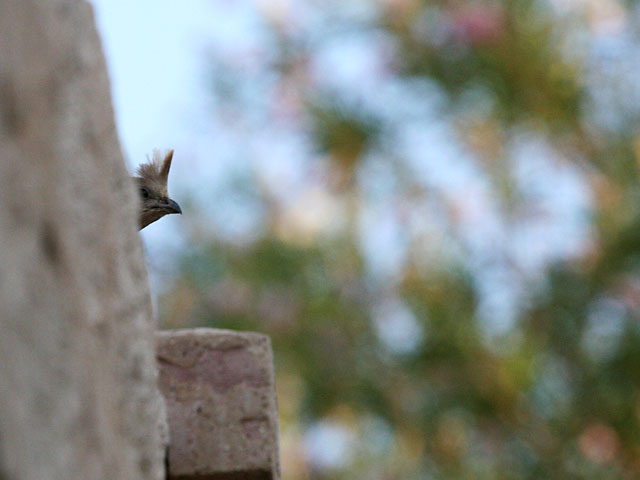 She would peek over the wall, disappear for a few seconds, and reappear at a slightly different spot, all the while making note of my position.
Eventually, her patience, the 100+ degree temperature, and the swarming flies crumbled my resolve, and I retreated, while she gave me the nonchalant "I have no idea why you'd want to hang around here as there's nothing to see, and nothing to worry me" look. 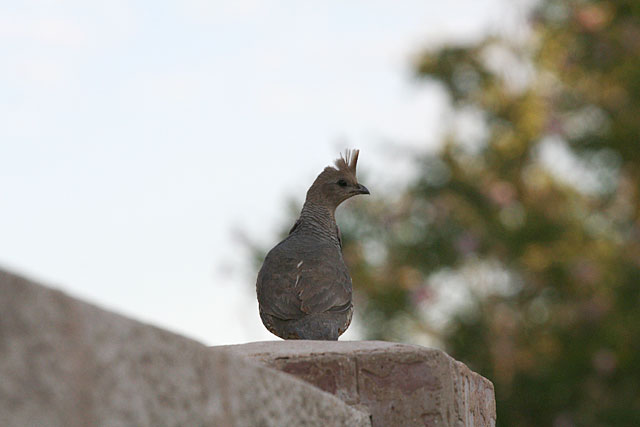 I walked quietly by the tree about ten minutes later and could see her hunkered down, presumably with her babies safely underneath. She didn't stir, but I could feel the stinkeye all the way around the corner.
We've noticed a lot of quail this spring around the neighborhood, mostly in pairs - no full-blown coveys. I presume that the drought is driving them in from the dry pastures. They're fun, goofy birds, and I'm glad we can offer a preserve for them for a while.
Posted on June 4, 2013 10:01 PM | No Comments

Gallery Photos was the previous entry in this blog.

The Happy Together 2013 Tour: An Irreverent Review is the next entry in this blog.