I saw one of these today on the streets of Midlandtown:

It's a Tesla Model S (I think the "S" stands for "Sparky"), a $70,000 all-electric sedan that features seating for "5+2", which, although it technically means that seven people can sit inside it, two of them have to be kids and they have to sit in the trunk.
When it pulled alongside me at the stoplight, I rolled down my window to try to hear what a luxury electric car sounds like when it speeds away, but I couldn't hear anything over the screaming of the two kids locked in the trunk.

According to this report, your next Keurig coffeemaker could come equipped with a camera and a QR-code (or something similar) reader, which will work in tandem to ensure that you're not drinking pirated coffee. Apparently, unlicensed K-cups are a big problem in Keurig's world, and this is the caffeinated equivalent of DRM.
It's already hard enough to know what coffee I should be drinking, what with fair trade, non-child-labor, free-range bean, and ethical treatment of easily traumatized plants issues to consider. I'm not sure it's worth worrying about whether my next cup was properly licensed or not. In fact, I sort of like the swashbuckling image of drinking illicit coffee. 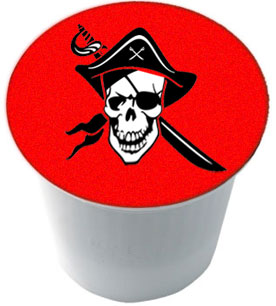 Remember that time I implied that there really was no way to improve on the design of the axe? I'm not too proud to admit that I was, possibly, wrong. 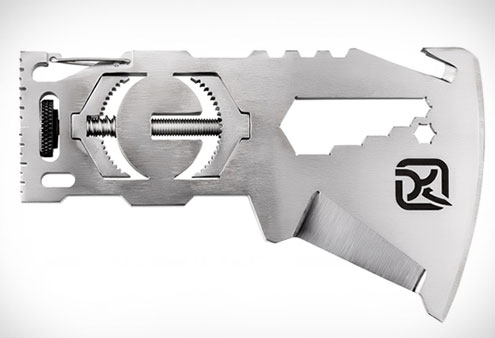 Meet the Klax (motto: "It's MORE than an axe!" and from the "K" we can infer that it's 1,000 times more, I suppose). OK, I'm making fun of it but it's actually pretty cool. It's a Kickstarter crowdfunding project, meaning that it doesn't yet exist in purchasable form, but the inventors have already raised more than their goal to bring it to market. You can still get in on the ground floor. But, I assure you, this is absolutely the LAST possible improvement that mankind can ever bring to bear on the design of the axe. You have my word on that.

On a more serious note, The Sick Rose is a recently-published book by Richard Barnett about the history of medical illustration, especially as it relates to the documentation of disease in humans. I haven't read it, and I don't plan to because I have a weak constitution and no desire to be featured in a sequel, but I found this analysis by the author of his own writing and motivations to be absolutely fascinating. It's not long and I recommend reading the whole thing, in order to understand the context of his final paragraph:
...I am drawn to wonder whether, in a culture built on the primacy of the visual, and in which aspects of our identity are dispersed in a digital sandstorm of images and text, these images are also in some sense human remains. And that makes me want to be very, very careful about what I do with them. 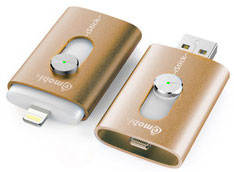 Let's finish up with yet another Kickstarter project, this one of a distinctly practical tech nature. The iStick is one of those slap-your-forehead-and-wonder-why-you-didn't-think-of-it devices; it's basically a USB flash drive with an iPhone/iPad Lightning connector that pops out on one end, and a USB 2.0 connector that pops out on the other end. It's primary use is for transferring photos from an iDevice to a computer or other storage/display medium that handles USB input. It's the most elegant design I've seen for overcoming Apple's unwillingness to use anything but proprietary connectors on its otherwise awesome devices.
Other people seem to share my enthusiasm, considering that the inventors have raised eight times their original funding goal.
Posted on June 3, 2014 9:03 PM | No Comments

The shoe must go on was the previous entry in this blog.

I say manly affection; you say assault and battery. ToMAYto, ToMAHto. is the next entry in this blog.