Just a few random observations from the Wide World of Nature - Midland, Texas Edition.
First, the following video is noteworthy in spite of its poor quality (shot through an office window with a zoomed-in iPhone), because it shows a ladder-backed woodpecker who landed on a red yucca and began working over the blooms. These woodpeckers are not exactly unknown in our parts, but I've only seen a few during the decades of living here, and I've never seen this kind of behavior. (Click the full-screen arrows to get a slightly better view; the ticking noise in the background is not intended to evoke a woodpecker's noise - I just forgot to remove the audio track.)

Can anybody identify this bug? We noticed several of them on one of our Texas Mountain Laurels. It's hard to get a sense of scale from the photo, but they're really tiny. They weren't damaging the leaves, as far as I could tell (although something is eating on one of our trees).
Update: After some intense scientific investigation (aka, several Google searches), I've narrowed it down to a member of the Pyrrhocoridae family. Possibly. That's my story, anyway. 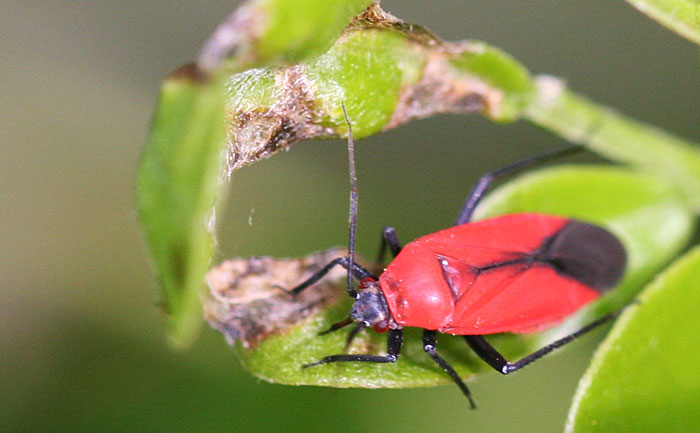 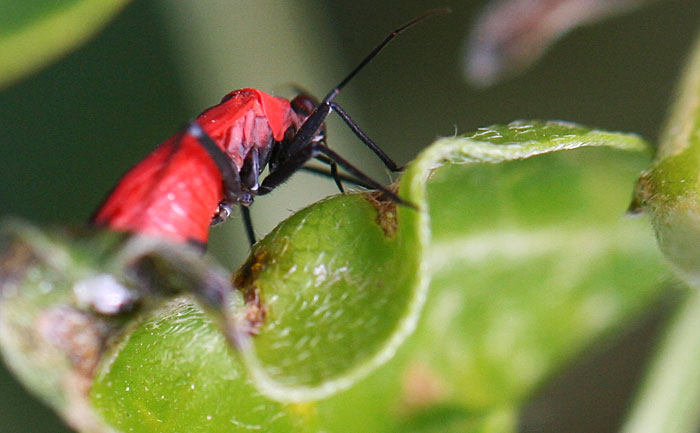 A couple of weeks ago I posted some photos of a dove that built a nest - and I use the term very loosely - on top of our concrete block wall, under the eave of the house. I pretty much forgot about it until last week; when I checked it, here's what I found. 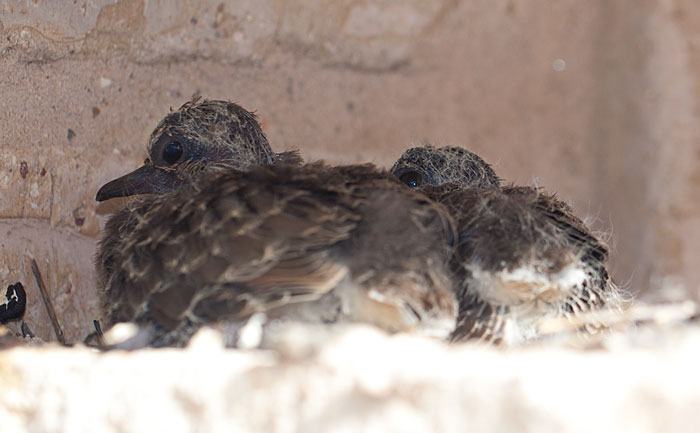 The eggs had hatched and two babies were growing rapidly.
A few days after this photo was taken, we had a serious wind- and thunderstorm. I had assumed that while the nest was of the typical shoddy construction that's the dove's trademark, it was still well-sheltered. However, when I checked on things, I discovered that the storm had had a bigger impact than I expected.
Both doves were on the ground, but one was deceased. The other seemed to be in good shape, and even better, the momma was keeping close watch over it. I got within a few feet and while she was clearly agitated by my presence, she didn't fly away. Again, forgive the quality of the photos, which were taken at dusk with a phone. 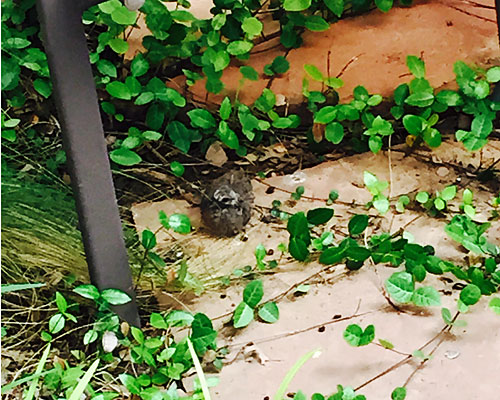 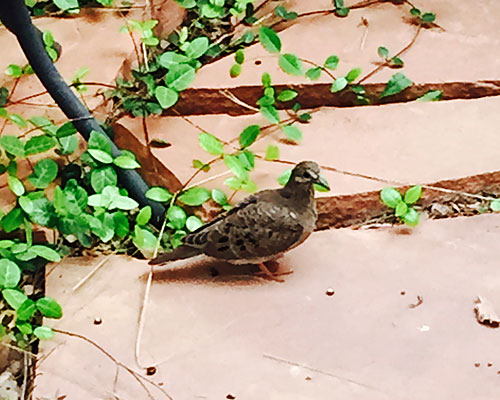 And, finally, anything Nature can do, Photoshop can...well...undo? Overdo? Outdo? You decide. 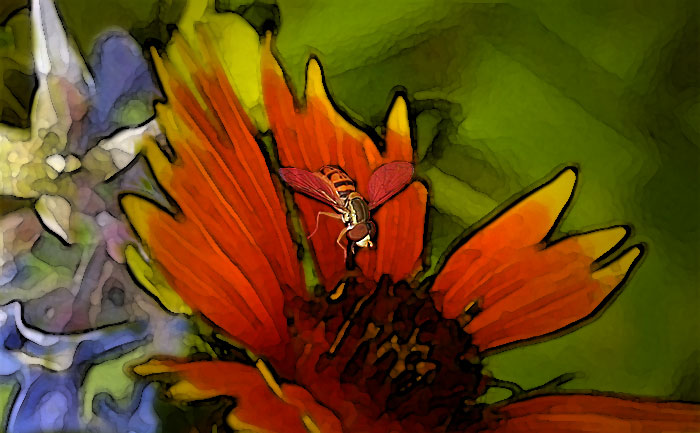 Workplace Retrace was the previous entry in this blog.

Questioning a Gallant Gesture is the next entry in this blog.