New Year's Day in the Texas Hill Country was a cold, dreary, and breezy one. Temperatures hovered in the 20s for most of the day, and the sun never made an appearance. It was a good day for staying inside, eating black-eyed peas, and watching football. 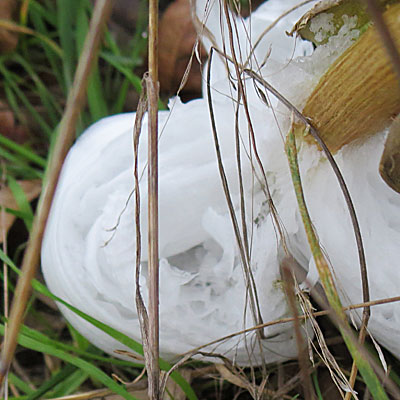 That was basically my agenda for the day, until I happened to look out a bathroom window at a puzzling sight. It appeared that someone had let loose  scores of white plastic shopping bags which the wind had wrapped around the unmowed plants in the vacant lot next door and then shredded. But those plastic shreds weren't moving in the stiff breeze. Hmm.
I did the only thing that I know to do when confronted with an outdoor puzzle: I grabbed a camera and heading into the cold. I quickly realized that what I initially identified as shredded plastic was actually ice which the wind had apparently molded into some fantastical and delicate shapes.
To deepen the mystery, there was no ice or snow anywhere else (we did get a light dusting of snow during the night, but it was gone by midday). 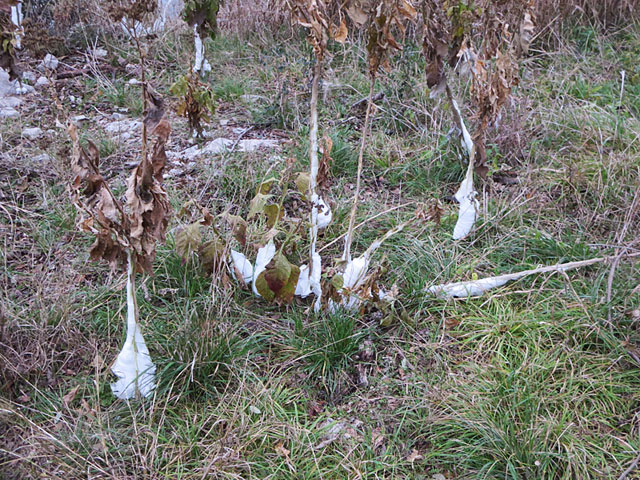 Later, I received a text from MLB, who was multitasking by soaking in the tub, watching the Austin TV news, and reading on her iPad (I know...I know). She informed me that the station was running a story on this exact phenomenon. The report said it can occur during the first hard freeze of the season, when the ground is still warm and water and sap in some plants is still flowing. When that fluid freezes, it bursts through the stem of the plant. As the fluid continues to flow into the frigid air, it freezes into these amazing shapes, which are known as "ice flowers" or "frost flowers." Wikipedia has a brief explanation; the In Defense of Flowers blog has a more detailed description of the phenomenon.
I'm not sure about the species of plant these ice flowers appeared on most often but it may be a variation of stinkweed, which is cited in the above-referenced blog post as being a common source of this phenomenon.
Below are some of the photos I took. Click on the small images to see a full-sized uncropped version of the photo; you can use the arrows on the popups to navigate through the slideshow. 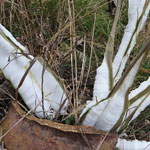 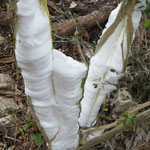 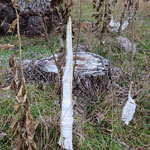 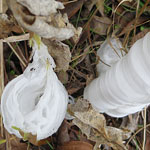 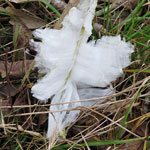 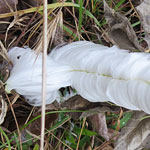 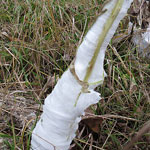 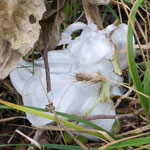 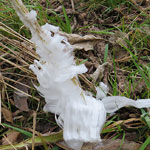 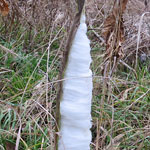 This may be a fairly common sight in the Hill Country, but for me it was an unexpected reminder of the surprising beauty that nature offers even in the bleakest settings.
Update (1/2/18): A naturalist friend identified these plants as verbesina, sometimes called "frostweed" because of this very phenomenon. The ice formations are also known as crystallofolia.
Update #2 (1/4/18): This web page has a very thorough analysis of ice flowers, including historical references to the phenomenon.
Posted on January 1, 2018 9:18 PM | 2 Comments

Excellent article.
I love your intellectual curiosity- it always results in fun pieces on your blog,
Keep it up, please!

(I love the MLB nickname for your bride.)

Thanks for the kind words, Bill. I don't know how intellectual my curiosity is, but I do get excited when I run across something new in nature, and I like sharing it with others...especially when it generates encouraging feedback like yours!

Building the Perfect Beast was the previous entry in this blog.

Outfoxed is the next entry in this blog.